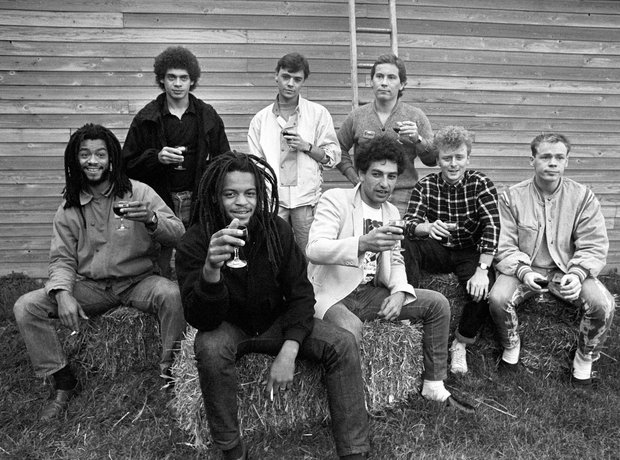 "Never before had we seen pop getting so brazenly political. Thatcher was a hate figure that seemed to unite everyone" -Ali Campbell


I first saw UB40 back in November 1980 at Canterbury University and have seen them several times since, in the eighties and in more recent years in their non-Ali Campbell incarnation. They always had their heart in the right place - firstly with their politics, with which I concur and secondly, for their love for reggae. They kept the reggae flame burning when many didn't and introduced many to those wonderful songs from the classic reggae period of the late sixties/early seventies. I lived for a while in their stamping ground of Moseley/Balsall Heath in Birmingham so have a feel for where it all started for them, where they grew up. Many reggae aficionados dismiss them for not being the real thing, or for commercialising reggae, whatever. I feel the opposite. They carried the standard for reggae and their music helped many enjoy it who may not otherwise have done. Fair play to them I say. 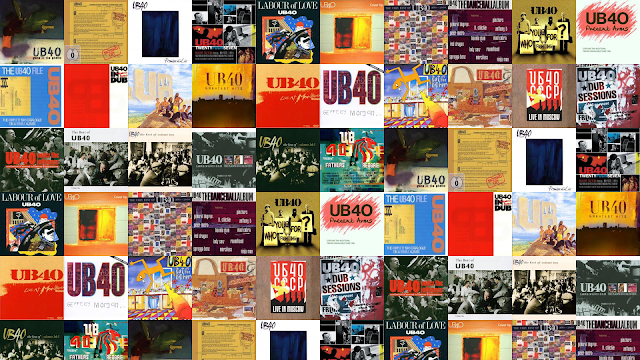 Unfortunately, their recent years have been dominated by an acrimonious split between singer Ali Campbell and his brothers Robin and Duncan. Unlike some, I take no sides in this unfortunate and pointless row. I enjoy listening to the work of both UB40 groups these days. Good music is good music. Maybe one day they will make it up, but don't hold your breath...

REVIEWS - I have divided UB40's work into four sections - click on an image to read the relevant reviews for that period:-