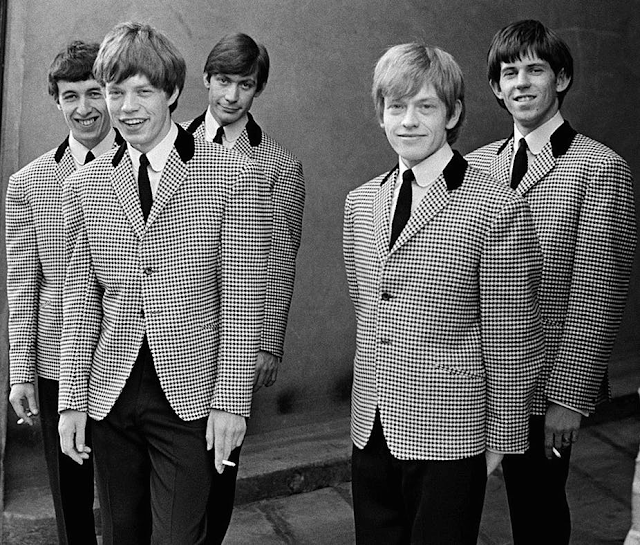 "I wanted to make the Stones a raunchy, gamy, unpredictable bunch of undesirables and to establish that the Stones were threatening, uncouth and animalistic" - Andrew Loog Oldham


Ah, The Rolling Stones. Where do I start? I guess I was first made aware of them as a seven or eight year-old in the 1966-67-68 period when they started to appeal to my heightening sense that The Beatles were goody-goodies and The Stones were bad boys. My developing tastes found this to be an admirable thing. Even at that age, there was a nascent feeling that if the older generation - parents, teachers and the like despised them, they must have something about them. Ironically, my Mother loved The Stones. 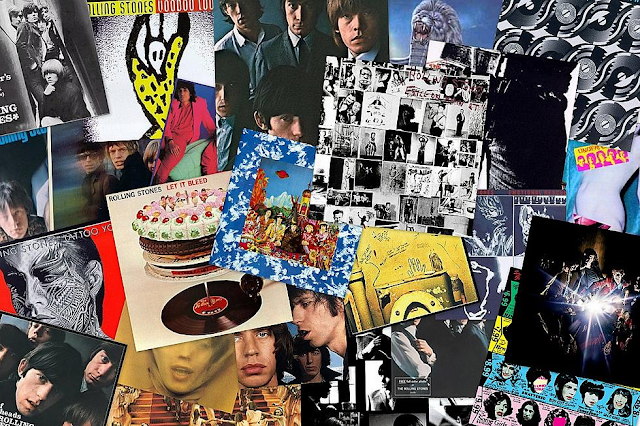 Then there was the music - loud, punchy, riffy, buzzy and singalong, but not in a "she loves you, yeah, yeah, yeah.." way, but in a "he can't be a man because he doesn't smoke the same cigarettes as me" style.  The Stones always had a healthy cynicism and a bit of tongue-in-cheek humour that appealed to me no end. Not only that, there was the look - the cockiness, the laddish (but pretty harmless) sexism, the sneers, the long hair. A general grubbiness that appeal to many young boys such as myself. I let my hair grow Stones-ish. No mop-top for me, thank you very much. 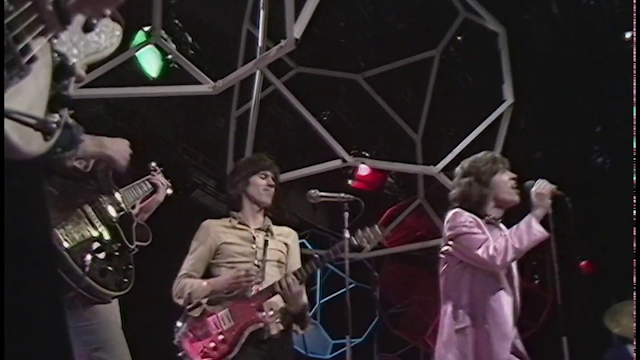 When The Stones really started to resonate with me was in 1969 when Jumpin' Jack Flash hit the number one spot. Wow! What a song. I was ten by then and I loved it. The huge, dirty riff, the menacing lyrics - "I was bawwwn in a crossfire hurricaaaaane....", Mick Jagger's drawled, affected but immensely captivating singing. The next song to do the business for me came as life went in to colour in the seventies and Brown Sugar came out. Jagger strutting around on Top Of The Pops in a pink shiny suit and looking just supremely decadent. They just looked the absolute business. That was that sealed for me. The Stones were here to stay. They have been here ever since. They always will. Say what you like about them going through the motions for over thirty years. So what? Just listen to any Keith Richards intro. They can go through as many motions as they like.
REVIEWS - I have divided The Stones' career into five sections - click on an image to read the reviews for that period:-

Check out Mick & Keith's solo work too:-
Email ThisBlogThis!Share to TwitterShare to FacebookShare to Pinterest