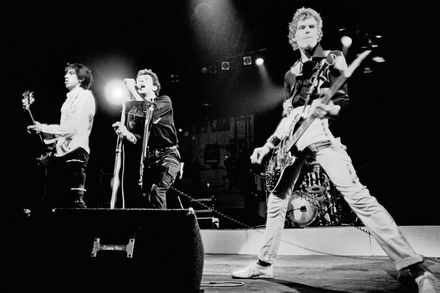 "I knew something was up, so I went out in the crowd which was fairly sparse. And I saw the future right in front of me. It was immediately clear. Pub rock was, 'Hello, you bunch of drunks, I'm gonna play these boogies and I hope you like them.' The Pistols came out that Tuesday evening and their attitude was, 'Here's our tunes, and we couldn't give a flying fuck whether you like them or not. In fact, we're gonna play them even if you fucking hate them'" - Joe Strummer


"The only band that matters" - so the often-used cliché goes whenever The Clash are being discussed. While this was somewhat hyperbolic (and one suspects, self-perpetuated), the mythology around this seminal UK punk group always had a certain amount of truth in it - guitarist Mick Jones' West London high-rise tower block upbringing, bassist Paul Simonon's initial lack of ability, drummer Topper Headon's unpredictable temper, Joe Strummer's middle-class upbringing and so on. Well, you know what they said - well some of it was true. 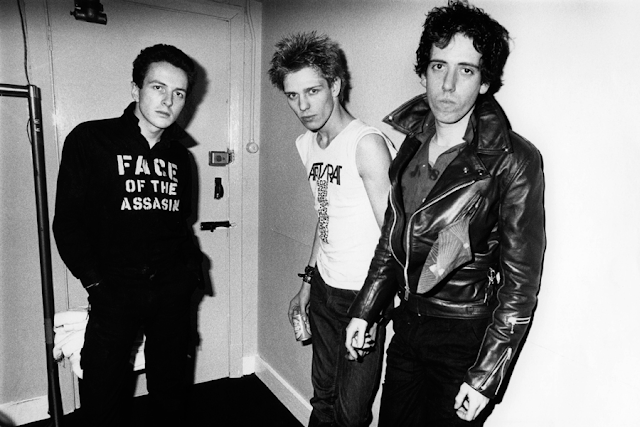 For me, the first Clash album was one of my first prolonged experiences of punk (after The Sex Pistols and The Ramones). A friend and I drove from Buckinghamshire to Manchester one weekend and played it continually, over and over again, revelling in the sheer visceral excitement of those thirty-five minutes of tinny guitars, fast metronomic drums and slurred, garbled vocals. Whether singer Joe Strummer's pseudo-political rants meant anything much at all didn't really matter. They sounded as if they were of world-shattering importance, and that suited me fine as an angry, cause-driven eighteen year-old desperate to get some fist-pumping in. The night of Friday 22 December 1978 at Aylesbury Friars when the lights went out and four shadowy figures loped on to the stage and suddenly burst, lights flashing all over the place, into Safe European Home was simply one of the most exciting moments of my life. (For more information on the Clash at Friars, Aylesbury, check out the excellent website  https://www.aylesburyfriars.co.uk). 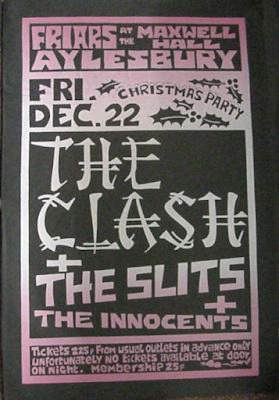 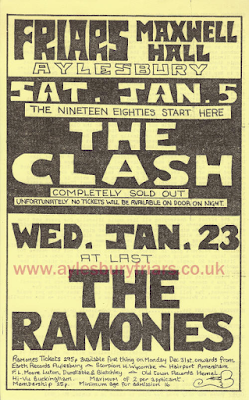 Whether The Clash were the real thing or whether they were a bunch of contrived sloganeers is missing the point regarding their cultural importance to music between 1977-82. Their influence goes way beyond those five great years and five diverse albums (only the first and parts of the second were genuinely punk). The number of subsequent artists influenced and inspired by them is endless. That said, there were no doubt many people in the same period who carried on listening to prog rock, Led Zeppelin or disco as if The Clash never mattered at all.

REVIEWS - I have divided The Clash's work into two sections - click on an image to read the review for the relevant period:-