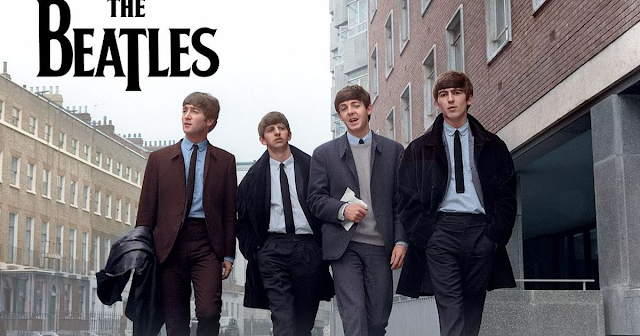 "I immediately liked what I heard. They were fresh, and they were honest, and they had what I thought was a sort of presence - a star quality" - Brian Epstein


I have always had a strange relationship with The Beatles. On the one hand, aged about five, I owned a plastic Beatles guitar (pictured), so they were the first musical memory I had, along with a vague knowledge of Elvis.

A lot of their output was easy for a young child to sing - "she loves you, yeah, yeah, yeah" was probably the first I learnt, to the frustration of my parents, who hated me saying "yeah" instead of "yes". In the mid sixties, The Beatles were simply everywhere, even for five-six year old kids. On the other hand, as the years went by and I started to develop a musical taste, I found the edgy, bad boy, rebellious appeal of The Rolling Stones far more attractive. Even at eight or nine, I viewed The Beatles as "goody-goodies" (despite the flower power garb and later beards) and The Stones as the exact opposite. I knew which side my bread was buttered. Musically too, the riffy, bluesy decadence of The Stones' sound was what I wanted, not what I viewed as twee by 1968, as I did The Beatles' early pre-1965 output. 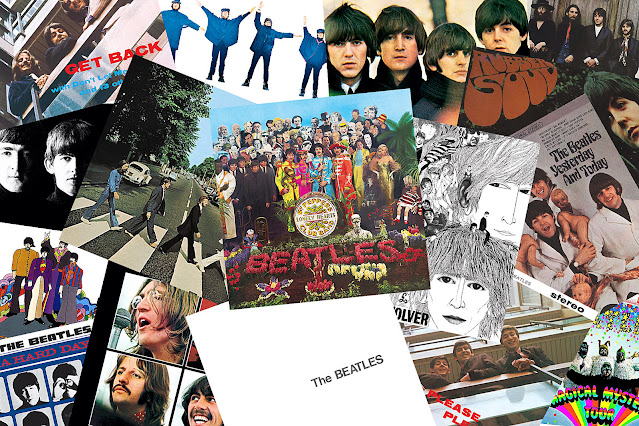 So, you will have gathered by now that The Beatles are not the holy grail for me. Despite owning everything they recorded (including the much-valued "Beatles In Mono" box set), David Bowie, Bruce Springsteen, Bob Dylan, The Stones, Van Morrison, The Clash and The Jam for starters are far more important to me on a day-to-day basis. There are also parts of their output I do not consider worthy of a supposed "rock group" (mainly McCartney whimsy or "Yellow bloody Submarine"). However, that said, I was lucky enough to develop my musical taste in the sixties and there are some Beatles songs that are indelibly imprinted on my entire consciousness. I could tell you exactly where I was when I first heard them - Hello Goodbye (on the top deck of a bus one evening before Christmas in Leicester with my Mother, and it was played by some teenagers on their transistor radio); Hey Jude (over the Tannoy before the match at Leicester City v West Bromwich Albion in October 1968); Lady Madonna and Let It Be (at home at the kitchen table listening to the radio with my Mother). So, like it or not, The Beatles will forever be a part of my life.

REVIEWS - I have divided The Beatles' career into two sections - click on an image to read the reviews for the relevant period:-

Check out the Beatles' members' solo careers too:-
Email ThisBlogThis!Share to TwitterShare to FacebookShare to Pinterest