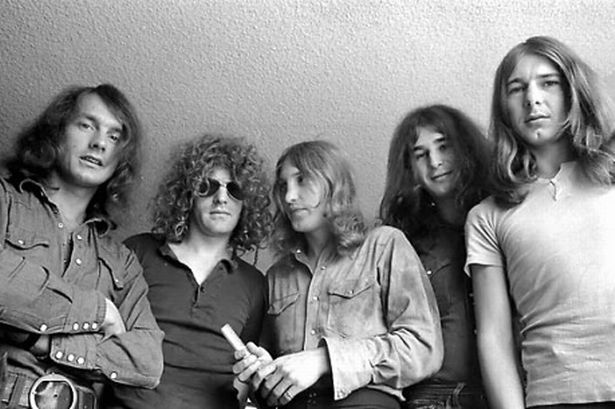 "If you make a revolution, make it for fun, don't make it in ghastly seriousness, don't do it in deadly earnest, do it for fun" - D.H. Lawrence


Mott The Hoople were my favourite band as a teenager in the mid seventies. It began for me with the "All The Young Dudes" single in 1972 and I stuck with them for the remaining just over two years of their rollercoaster career. These were their "glam" years", the years of "the suits and the platform boots" as referenced in their valedictory final single, "Saturday Gigs". At the time I had no knowledge of their earlier Dylanesque rock period from 1969 to 1972 under the producership of the madcap genius that was Guy Stevens, before David Bowie gave them the legendary shot in the arm. I have come to those challenging, but interesting albums over subsequent years. 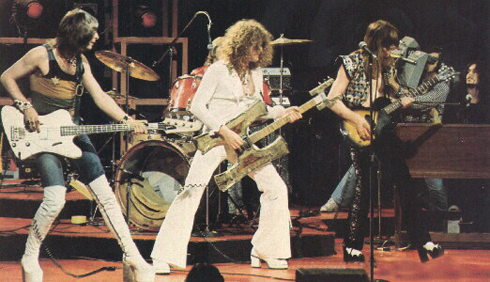 So, like many groups who had a "glam phase" there are two incarnations of Mott The Hoople. Those early albums have a real appeal to them, but the three glam years saw the very best of the group as they became momentarily famous something that never really sat quite right with them. Mott The Hoople were an honest, hard-working, uncompromising and often shambolic band. They were never quite as good as they might have been, or maybe they were just what they were - a good time rock band who never let us down, despite what they said in "The Ballad Of Mott The Hoople". I finally got to see them live on the final night of their farewell tour in 2009 at the Hammersmith Odeon where they had played all those years before. I had been just a bit too young to see them in 1972-74.

For more information on their history at my local music club when growing up, Friars, Aylesbury, check out the excellent https://www.aylesburyfriars.co.uk. 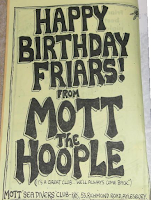 I read an interview with Queen's Brian May (Queen opened for Mott in 1973) and he said "Mott The Hoople - God bless 'em....". Indeed. He speaks for everyone there.

REVIEWS - I have divided their work into two sections - click on the image to read the reviews from that period:-

Check out subsequent work from Mott the Hoople members:-
Email ThisBlogThis!Share to TwitterShare to FacebookShare to Pinterest