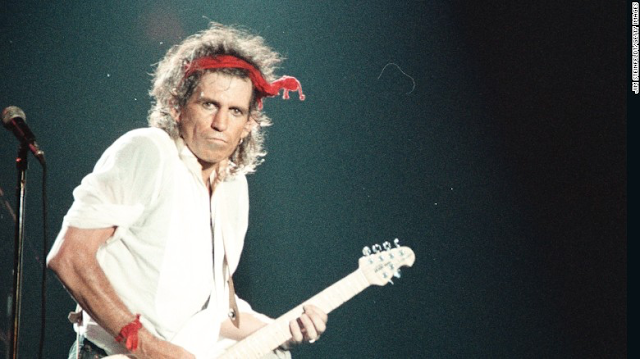 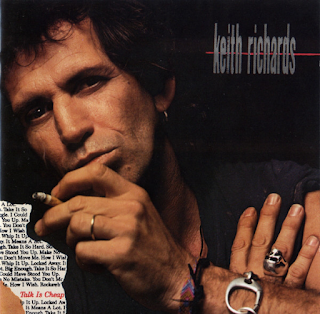 Keith Richards' first solo of "Keith songs" from 1988, is not a bad effort at all. It was released during the period when Richards and Jagger had fallen out. It contains some excellent material that would not have disgraced any Stones album from the period. In fact, it puts much of Dirty Work into the shadows, and Steel Wheels, for that matter.

The sound on the latest (2019) remaster is excellent - big, punchy, bassy and muscular. Just as I like it.

The opener, Big Enough is a great track, all funky guitars and saxophone riffs. A sort of un-Stonesy sound that has a real refreshing, lively appeal. The new remaster makes it sound even better. It now has a huge punch to it. Take It So Hard is more of a typical "Keith track" that you might find on a Stones album - a trademark riff and Keith's understated, downbeat, quiet voice struggling, as usual, to make itself heard. It is an album of fundamental, hard-working rock, a bit like David Bowie with Tin Machine. Keith liked that "back to basics", working with a band thing, forgetting all about the image and marketing concerns that seemed to fascinate Mick Jagger. This album sort of exemplifies that ideology. You can sense that Keith is enjoying himself here, throughout the album. One feels that if Richards had left The Stones at this point, he would have carried on putting out albums like this for the rest of his career. Indeed, his other two solo albums are similar. Take it So Hard, however, still has that slight hiss at the beginning, even on the new remaster. 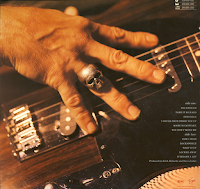 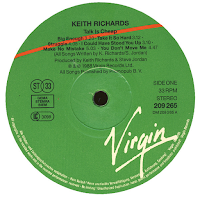 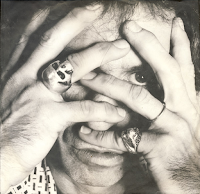 Struggle has more classic Richards riffage, and sounds very Stonesy, let's be honest. If you heard it,  unaware, you would say "a mid-late eighties Rolling Stones album track". It still sounds energising and punchy, however. I Could Have Stood You Up takes Richards back to his rock'n'roll youth. It is almost skiffle in its jaunty rhythm. It is an enjoyable oddity. Make No Mistake is one of those whispered, croaking vocal slow rock ballads that appear on most Stones albums from the eighties onwards. It is backed by some excellent funky, soulful brass sections, although the song seems too taxing for Keith's voice on occasions. I has hints of Almost Hear You Sigh from The Stones' Steel Wheels about it.

You Don't Move Me has an intoxicating drum intro, matched by Richards' choppy riff. The powerful remaster has once more really opened this one up. Great bass on it too. As Keith songs go, this is a very good one. It would have been much better had songs like this ended up on Stones albums, even if Jagger was to sing them, like he did, successfully, on Almost Hear You Sigh, in fact. Apparently, though, the song was thinly veiled swipe at Jagger so maybe that would not have been a good idea! How I Wish starts with another trademark riff that continues throughout the song, which is an energetic rocker. Rockawhile is an engaging, slow tempo number with a hypnotic rhythm behind it. It just sort of chugs along without getting too far and features some Gimme Shelter-style backing vocals too. It has an appeal all the same.

Whip It Up is another riffy number. A bit of hiss at the beginning (as there is on a few of the songs). A big, rumbling bass powers this one along, matching Keith's riffs. Locked Away is a low key slow number that is very much like a Stones album Keith song, especially the "I oughta be locked away" chorus. It Means A Lot is a gritty, tough, clunky closer to what is a spirited, enthusiastically-delivered album. Again, the sound on this is outstanding.

These previously unreleased numbers are far more blues, on the whole, than the riffy rock of the main album. It is a shame that a couple of them hadn't found their way on to the album.

Blues Jam is, as you might imagine, a blues jam. If you like blues rock, you will enjoy it for what it is, as I do. Of course, it is nothing really new, but I like jams. I like the Eric Clapton ones and the George Harrison ones. My Babe continues in a catchy, bluesy vein, with some early rock'n'roll grooves to it as well. It has an infectious, groovy bass line. It sounds like a cover of an old song, but apparently it is a Jimmy Reed cover, so there you go. It's a good one. Slim goes down the jamming road once more with a ten minute plus workout featuring rollicking piano, throbbing bass, rhythmic drums and melodic guitar interjections (as opposed to riffy ones). the sound is excellent on it and once more, if you like jams, you will enjoy it. The jazzy drum sound is addictive. There is a slight feel of Fela Kuti in places (but without the saxophone).

Big Town Playboy is a mid-pace piano and guitar driven blues number, and Eddie Taylor cover, with old Stones mate Mick Taylor's guitar to the fore. Ex-Chuck Berry pianist Johnnie Johnson is on piano. Mark On Me is a return to rock and, while typically riffy, is dominated by a very eighties synthesiser riff too. There is a tiny hint of that strange "doo-de-doo-de-doo-doo" noise from Jimi Hendrix's Crosstown Traffic in there too. It is still a good track, though, full of industrial thump and power. Brute Force is another instrumental jam, this time a quirky, staccato one with an appealing  rhythm.

So, in conclusion, if you are hoping for a good new remaster, you will get it. If you are in search of a cornucopia of unreleased gems, you will probably be left still looking. The bonus tracks are three songs and three instrumental jams. This satisfies me, but it may not do for some. I wouldn't say any of it is essential. 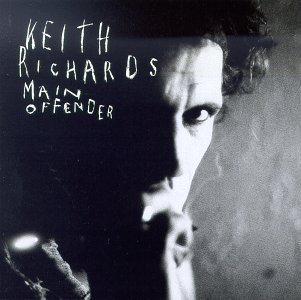 This is a slightly more polished album than Talk Is Cheap, Keith Richards' raw-eged debut solo album. The same writing and production team was involved, but there is something a bit better in the sound quality on this one.

It is pretty much accepted opinion that Richards' solo albums would have made great Rolling Stones albums and, oddly enough, the material on them is, on the whole, far more vibrant and rocking than the usual one or two tracks he had had been contributing to Stones albums (and would continue to do). The grinding, rocking opener 999, for example, or the particularly impressive Wicked As It Seems (which has an absolutely knockout Richards riff) are far superior to anything he put on a Stones album for years before. The Stones tracks tended to be either wheezy, sleepy ballads or rockers which highlighted his vocal limitations. On this album his voice is stronger, more rocky, more bluesy, gruffer and the riffage is more powerful, more potent. As I mentioned in my review of his first solo album, these songs would sound great sung by Jagger. Wicked As It Seems would be awesome in Jagger's hands. Apparently it acted as an inspiration for some of Jagger's material on The Stones' 1994 album Voodoo Lounge. With Keith Richards' solo work, you feel it is Richards enjoying himself with a band of mates, getting really into it, whereas Mick Jagger's solo albums were simply Mick singing some songs. 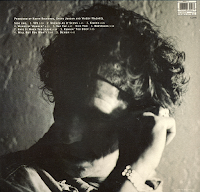 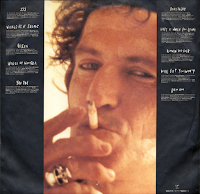 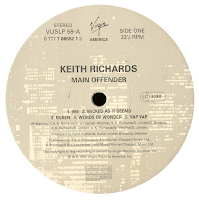 Eileen is a bit closer to his usual Stones material, but it still has a strong riff and drum backing. Oddly, his band here seem to have more Stonesy punch than sometimes The Stones themselves have. It as a great guitar and drum interplay bit at the end. Not too many white rock artists can play reggae successfully - witness Led Zeppelin and Elton John's clumsy attempts in the seventies - however, Richards is the exception to the rule. Words Of Wonder is a shuffling, rimshot-enhanced dubby groove with a suitable mournful vocal. Yap Yap is a more archetypal, laid-back Richards rocker. Body Talks is a little bit Keith Richards-by-numbers. It is pleasant enough, but lyrically barren. It is ok, but not the best on the album, sort of meandering along without getting anywhere.

Hate It When You Leave is a lovely, tender, yearning love song, while Runnin' Too Deep has one hell of a riff. That can only be Keith Richards. The song has a great groove to it. It seriously rocks. Will But You Won't is a bluesy grind, and Demon is a typical, quiet Stonesy Richards number to finish off.

In many ways, this album is the equal of Steel Wheels or Voodoo Lounge. I still prefer those two, but this album is certainly not without merit. It would be twenty-three years before Richards recorded another solo album, which was a shame.