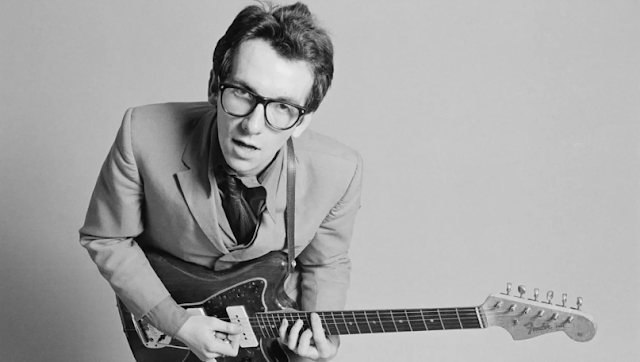 "Obviously the people that I admired, like The Beatles, were really into rock'n'roll, but it was already a little past rock'n'roll when I started listening and making my own choices about music" - Elvis Costello


In the summer of 1977, I was doing some student work in a bakery in Aylesbury, Bucks, when a colleague came running up, excitedly telling me that "Elvis Costello's coming to Friars!" (the local rock club). I had never heard of Elvis Costello. His enthusiasm intrigued me so I went to the gig, despite not having heard any of his music. It was the "Stiffs" tour featuring Ian Dury and Wreckless Eric. Costello headlined and played an impressive set. After that, I bought the My Aim Is True album and then, the following year brought This Years Girl. 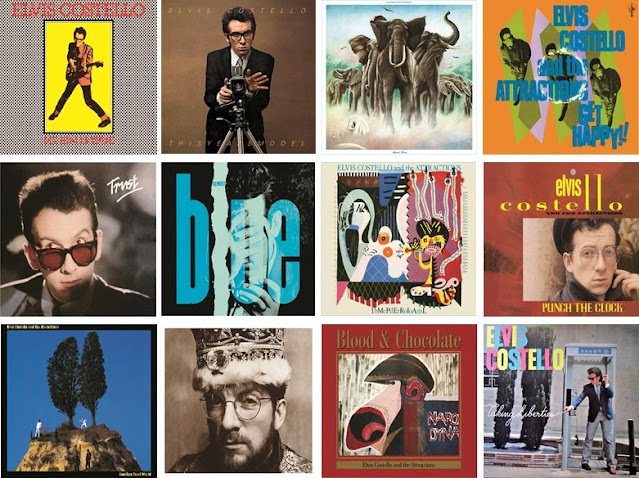 Many more live experiences of Costello and his excellent band The Attractions would be forthcoming over subsequent years as this quirky, bespectacled and passionate artist became one of my favourites. He was an ideal new wave anti-hero - odd-looking yet possessed of a superb instinct for a piece of wordplay in his lyrics. He also knew his music and was influenced by country music, Stax soul, Motown,  early rock 'n' roll, jazz and easy listening crooning. His output over the years has covered many different styles and although something of an acquired taste, particularly vocally, his material is invariably thought-provoking and challenging. He never makes an ordinary record. 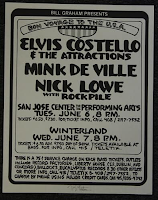 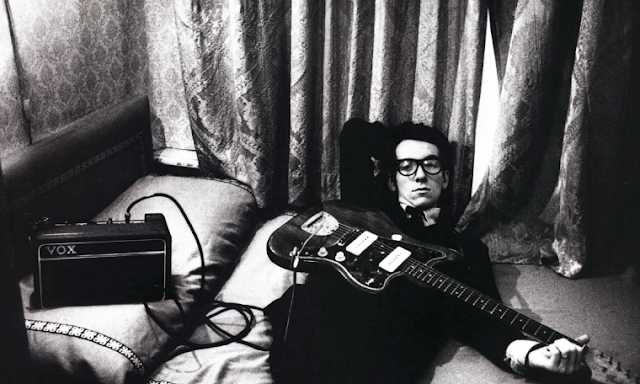 REVIEWS - I have divided Elvis Costello's work into two sections - click on the image to read the relevant reviews:-
Email ThisBlogThis!Share to TwitterShare to FacebookShare to Pinterest