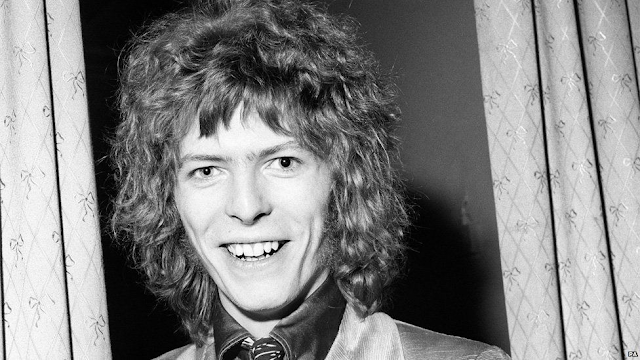 Where do I begin with David Bowie? On the 6th of July in 1972 when I saw him on Top Of The Pops doing Starman. I was thirteen years old. He was completely new to me. funnily enough, I had no memory of Space Oddity from 1969, despite knowing a lot of chart songs from back to the mid-late sixties. That one had strangely passed me by. Now, in 1972, though, I was like many, fascinated by what I saw on the TV. Contrary to many people's experience, who found their parents despising him and his glam/androgynous appearance, my Mother loved him. A few months later I was really into the John, I'm Only Dancing single and my relationship with David Bowie was taking its first baby steps. 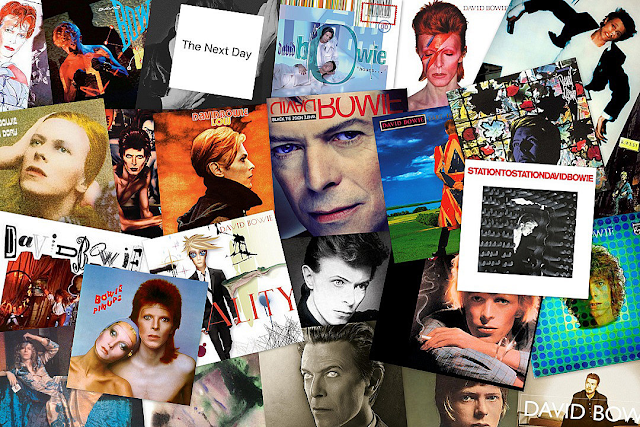 In December 1972, I have this memory (included in my Aladdin Sane review). The Jean Genie single, with its killer riff, had crashed into our collective consciousnesses back in those dark winter weeks. I distinctly remember one evening at my youth club in Aylesbury, Bucks and one of the other boys came running up to me, beside himself with excitement - "what do you think of David Bowie?" he breathlessly enquired. The boy was Pete Trewavas, later to achieve fame as the bass player in Marillion. Sorry about that anecdote but it is true and I always remember it. I went out and bought The Jean Genie the next day with my paper round money.

For more information on David Bowie's history at my local music club when growing up, Friars, Aylesbury, check out the excellent https://www.aylesburyfriars.co.uk. 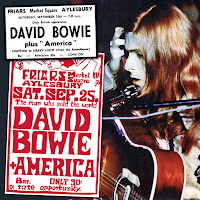 Do I really need to say any more about this remarkable artist who I stuck with, through his various changes of appearance and musical style for over forty more years until his tragic death on 10 January 2016. Several artists have provided a soundtrack to my life, not just David Bowie, but none so varied, so creative. He truly was one of the greatest artists of his time, or indeed of any time.