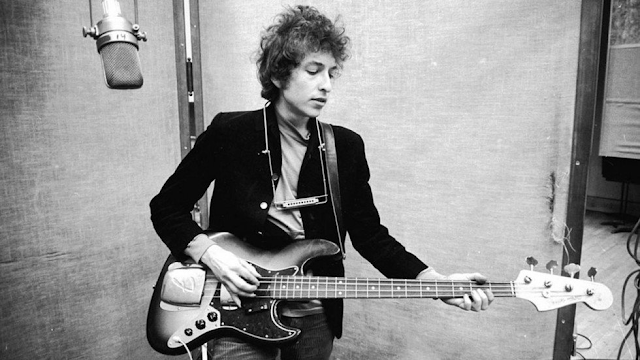 My history with Bob Dylan begins with only a vague knowledge of him in the 1960s. I was brought up largely on British chart pop, so Dylan sort of passed me by, unlike The Tremeloes or Manfred Mann. I first became aware of him properly with the 1973 single Knockin' On Heaven's Door which I bought aged fourteen. Next up for me was On A Night Like This from Planet Waves. Thus began an exploration into his back catalogue that found me seeking out the single releases of Like A Rolling Stone and The Times They Are A-Changin'. I was hooked, line and sinker. 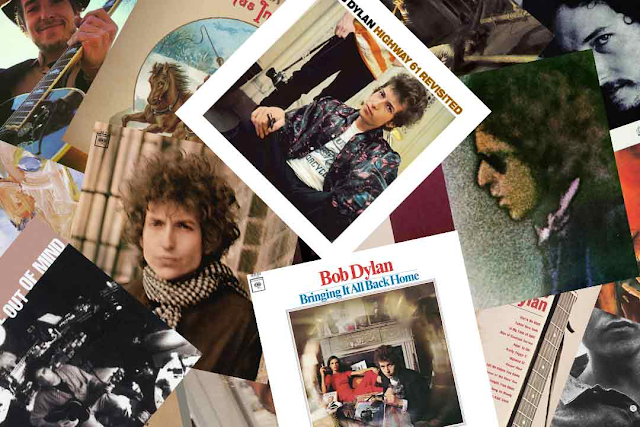 Lucky was I that Dylan's next release was Blood On The Tracks. You can't ask for much better for my proper introduction into Dylan's albums. Thereafter followed a wonderful journey into the great sixties albums, and Desire, Street Legal and Slow Train Coming. Pretty soon I had everything he had released to date and subsequently bought the new releases as they appeared. I have stuck with him all those years, not as long as some have, of course, but it still seems like a long time. There have, as anyone will tell you, been ups and downs along the way, but I can honestly say that on every album, there are always one or two tracks that really do it. It has been a great journey. The man's music has provided a recurring soundtrack in my life

Dylan may let one down here and there but let's be honest, the man is a genius, possibly the greatest lyricist popular music has ever known, certainly one of the most innovative, thoughtful, expressive and poetic. I can't actually find the words to do him and his work justice. It speaks for itself.