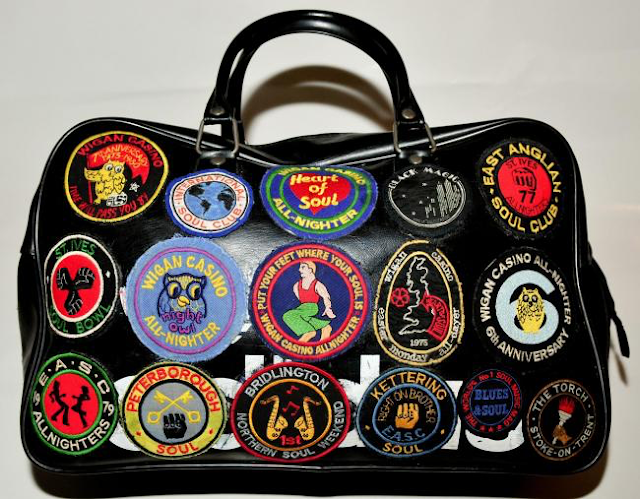 I am lucky enough to own around 1,200 Northern Soul songs digitally, lucky because to own some of these tracks on their original vinyl can cost thousands. this is the beauty of digitally accessible music - the whole wonderful world of Northern Soul rarities is available for (comparative) peanuts. So, instead of taking an Adidas bag full of singles to Wigan and hoping to do some trading of rare singles, as they used to in 1975, I can just press a few keys. Not as exciting? Maybe not, but Northern Soul is, at times, the music of the Gods, so to be able to listen to so much of it, is, for me, a huge pleasure. It was never about the dancing for me, just about the marvellous, inspirational, life-affirming MUSIC.

It is virtually impossible to review all the tracks on all the compilation albums, particularly as so many of the tracks are musically (and often vocally) quite similar. I would be writing "upbeat", "Motown-ish", "lively", "catchy", "singalong", "melodious", "beats per minute" and the like endlessly. So, what I will do is list my favourite Northern Soul compilations and recommend some of my favourites from each of them. I hope it inspires you to delve into this wonderful world yourself. 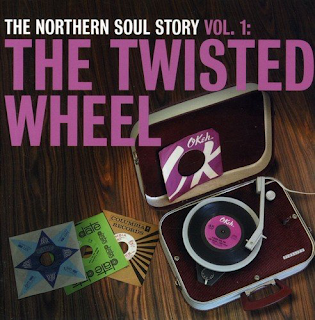 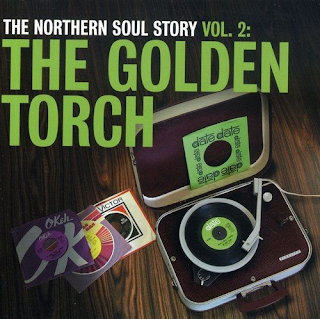 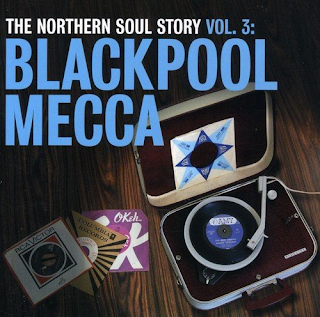 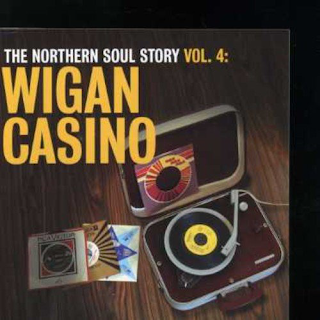 Highlights from the legendary Wigan Casino:-

Move On Up - The Best Of Northern Soul 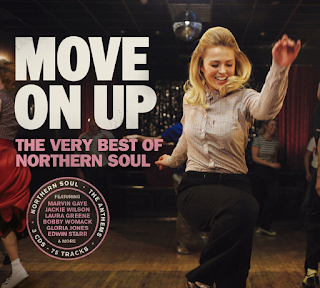 Do I Love You (Indeed I Do) - Frank Wilson
Here I Go Again - Archie Bell & The Drells
Seven Days Too Long - Chuck Wood
Girl Don't Make Me Wait - Bunny Sigler
Love Factory - Eloise Laws
The Night - Frankie Valli & The Four Seasons
Back Street - Edwin Starr
Out On The Floor - Dobie Gray
I Got A Feeling - Barbara Randolph
Open The Door To Your Heart - Darrell Banks
Dance, Dance, Dance - The Casualeers

Move On Up - Volume Two 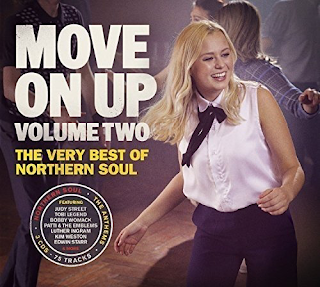 What - Judy Street
Helpless - Kim Weston
Come On Train - Don Thomas
Be Young, Be Foolish, Be Happy - The Tams
I'm Com'un Home In The Morn'un - Lou Pride
What More Could A Boy Ask For - The Spinners
Dr Love - Bobby Sheen
Exus Trek - The Luther Ingram Orchestra
Sister Lee - Sam Ward
So Is The Sun - World Column
Happy - William Bell
Sweeter Than The Day Before - Valentines 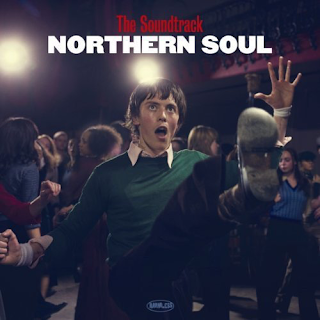 Highlights from the excellent movie soundtrack:- 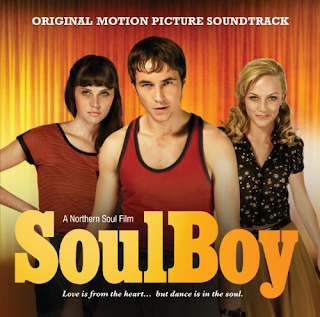 Highlights from the movie starring Martin "Line Of Duty" Compston:-

Ain't That A Lot Of Love - Homer Banks
The In Crowd - Dobie Gray
Tainted Love - Gloria Jones
Our Love Is Getting Stronger - Jason Knight
You Didn't Say A Word - Yvonne Baker
I'm On My Way - Dean Parrish
I'll Turn To Stone - The Four Tops
Just A Little Misunderstanding - The Contours
Breakaway Pt. 2 - Steve Karmen Big Band
If I Could Only Be Sure - Nolan Porter 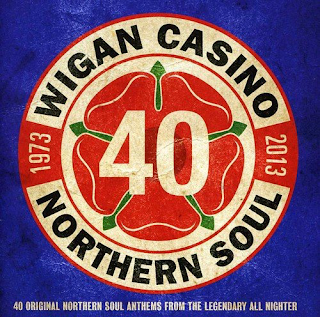 More highlights from the Casino:- 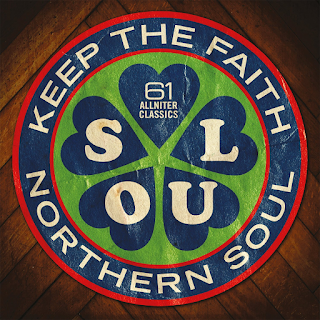 The In Crowd - 50 Northern Soul Tracks 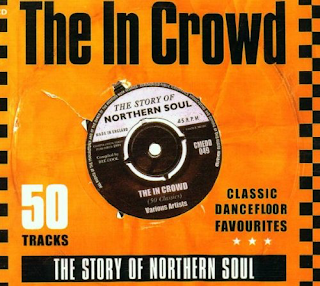 The Best Northern Soul Album In The World...Ever 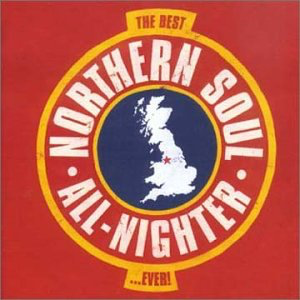 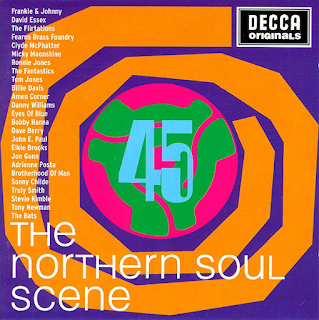 This is a really interesting compilation, but an odd one in that, as someone who owns around 1200-1300 Northern Soul downloaded tracks, I was unfamiliar with nearly all of the album’s twenty-five tracks. Only one of them appears on any of my many other compliations. They were all recorded on the UK-based Decca and Deram labels, so you are not going to get any copper-bottomed soul recordings from Georgia or Tennessee, although some of the artists are American, but produced by British producers, notably Wayne Bickerton. Most of the tracks are “blue-eyed” Northern Soul, however.

Obviously, the concept of “Northern Soul” had not really taken off in 1968 (it was just beginning, but took several more years to really take off), so these records were sort of trying to get in on the act that their producers were becoming aware of. Presumably they were just trying to ape the US records that were trying to ape Motown. Whatever, they certainly did a good job as there are lots of convincing songs on here, and the sound is absolutely top notch too. Seriously so. It obviously was de rigeur around 1967-1968 for artists such as Tom Jones, Dave Berry and Amen Corner to record these beaty Northern Soul numbers as ‘b’ sides or album tracks.

I’ll Hold You by future blues rock vocalist Maggie Bell (“Frankie”) and “Johnny” and a young David Essex’s So-Called Loving both have Northern Soul-style backing, but I just can’t take them seriously as Northern recordings.

Nothing But A Heartache by black US female vocal trio The Flirtations is the real thing. It was written, however by Wayne Bickerton and Tony Waddintgon who produced The Rubettes in the mid-seventies. Don’t Change It by Fearns Brass Foundry also has credible credentials. The Drifters’ Clyde McPhatter’s Baby You’ve Got It was also a Bickerton production.

Apparently popular at Wigan Casino was Name It You Got It by Micky Moonshine, which has a disco-ish wah-wah guitar backing. My Love by Ronnie Jones sounds like a catchy sixties pop record rather than a Northern Soul one, though.  Tom Jones chips in with a mega-soulful, convincing Stop Breaking My Heart.

A real unearthed gem, for me, is the supremely catchy Billy Sunshine by Billie Davis. Our Love Is In The Pocket is the one track that, of course, was familiar to me due to the JJ Barnes Northern classic. Here it is done by UK pop band Amen Corner. Danny Williams’ Whose Little Girl Are You has a real Northern beat to it and an authentic black vocal and brass section. Everybody Needs Love by Bobby Hanna is one of my favourites - a true Northern sound to it.

The one track I did know is one of my absolute favourite rarities - I Wanna Know by John E. Paul (credited on my other compilation as just “John Paul”). A proper Northern classic, this one. Jon Gunn sings about travelling on the underground on I Just Made Up My Mind, a UK experience. It comes over as a swinging London pop song as opposed to a Northern Soul one. I like it though.

When I saw the name Adrienne Poster I thought “is that sixties Lulu look-alike actress Adrienne Posta?”. Indeed it is. A real rarity, this one. Her song is Something Beautiful. It is a very sixties poppy number. Also an unusual name for the Northern Soul scene is Elkie Brooks. Here she gives us a vibrant rendition of Smokey Robinson/The Temptations’ The Way You Do The Things You Do. Then we also have the early incarnation of The Brotherhood Of Man with the funky, gospelly soul of Reach Out Your Hand. This has very vague hints of Frankie Valli & The Four Seasons’ The Night about it, for me.

Truly Smith’s My Smile is Just A Frown (Turned Upside Down) is a nice rarity, but its pop ballad strains are a long way from Northern Soul, for me. The same applies for the Hollies-esque Listen To My Heart by The Bats.

So, in conclusion, this is an eminently listenable mix of “blue eyed” Northern Soul, a few genuine Northern cuts from black US artists and some carefree sixties British pop. For the real thing, I would recommend the four volumes of The Northern Soul Story, the soundtracks to Northern Soul and Soul Boy and “The In Crowd”.

Right, that's more than enough for starters. I have barely scratched the surface.

There are so many more compilations around. These listed are all pretty good, sound quality-wise, although there are variations from track to track due to the recording of the originals. 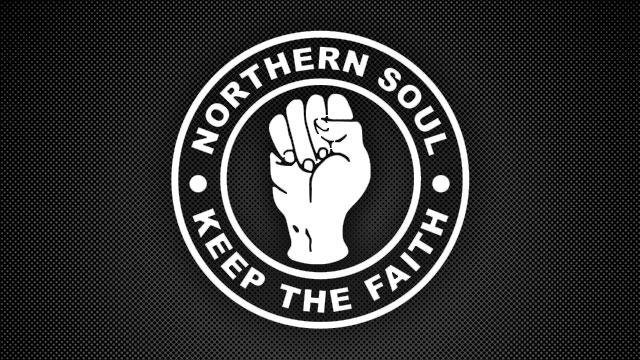 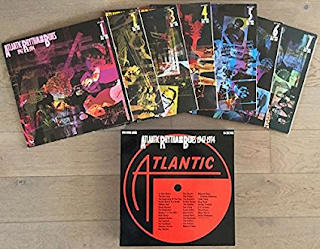 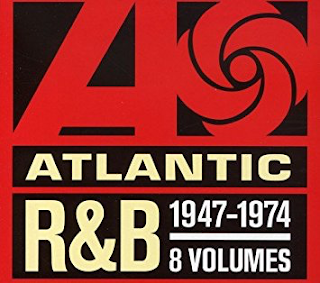 No need to beat about the bush here, you all know many of the tracks all that remains to be said is that this BY FAR the best remaster of these tracks released so far. It is truly OUTSTANDING. Magnificent bassy reproduction. Great stereo in many places. Crystal clear sound. Just an absolute pleasure to listen to. (Shown above in its two incarnations. The remasters used are the same in both).

Classic after classic, particularly in the 64-68 period. Admittedly the “box” is made of thin cardboard and there are no notes, just the CDs in jewel cases, but for me, I do not need booklets. I need the music. It is all here. Otis Redding, Aretha Franklin, Wilson Pickett, The Drifters, Roberta Flack, Sam & Dave, Booker T & The MGs, Ben E. King, Ray Charles......